Let's take some time to explore the world of Magic: The Gathering through it's basic lands.

Would you believe me if I told you that there are basic lands that are more expensive than some of the most powerful lands in the game? By a wide margin? If you are an extremely seasoned Magic player then this is likely "old hat" for you, but for some the rarity and collectible status of several basic lands may have eluded you. Heck, you may even have a few sitting around in an old mildewed box that you wish you slipped into a perfect fit case and tucked away.

Images of the original play test cards developed at the behest of Peter Adkison by Richard Garfield in 1991 are a stark contrast to the beautiful dynamite fantasy quality landscapes showcased by today's basic lands. 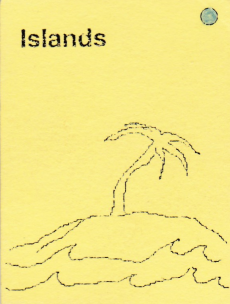 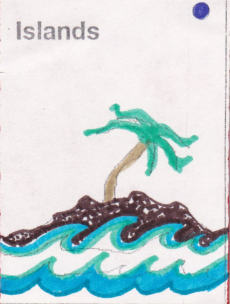 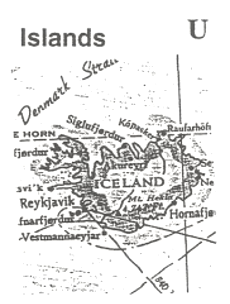 Magic Premiere Shop basic lands were designed by WoTC as an incentive for Japanese players to seek top prizes at their LGS. Think of it as the promo you receive for performing well at FNM. There were several versions of these MPS lands distributed, some with set indicators, some with the full large text in the mana location of the basic. They can be yours for around $20 apiece...hint, hint.

As the run on Alpha and Beta sets further depletes the readily available supplies of our local game stores, I find myself making arrangements for Unlimited basic land purchases along with my necessary Standard singles. The Alpha print run was around 2.6 million cards, and after a few corrections were made around 7.3 million beta cards were printed and distributed. Luckily, I've been able to stock away and collect over the years around 70 alpha and beta basics - most are in terrible condition - and I will keep them in a safe place from now until the floor falls out. Unlimited basic lands are still a valuable commodity, and now at around $2 apiece, they are totally still accessible for those looking to get a piece of the third print run of the game of Magic: The Gathering. Unlimited was still only around 35 million cards, and when you compare that to around 2.5 Billion cards printed for Dominaria it puts things into perspective regarding rarity and accessibility.

The first of the full-art lands from Unglued are highly coveted - the Unglued run was extremely limited, designed to be a collector's set, and fun to play. The Unglued basics were the first to deviate away from the conventional layout of the basic land, are a desired commodity for purest Magic players looking to showcase a bit of history or looking to show their experience and longevity in the game.

WoTC decided that having more the frame to work with effectively showcased the artistic talent of the individuals that were charged with creating these lands. Christopher Rush, Daren Bader, Mark Zug, Tom Wanerstand, and Terese Nielsen cemented themselves in Magic history with these entries into their portfolios. Unglued lands are not inexpensive, but with such a strong community affinity for basic lands that are unique and collectible Wizards began implementing many more these full-art prints.

The next UN-set brought magic players the most full of the full-art lands. The Unhinged set basic lands are beautiful. They are overflowing color, rich and magnificent landscapes that create a desire to be played. Many of the current professional players regularly showcase these lands on streamed events. These lands have maintained their price and collectibility despite the continued printing of additional full-art style lands in occasional sets during the years that followed the release of UNH. It should be said that the reason these basics are so expensive is purely supply and demand - black bordered, full-art, and erupting with color and desirability. At this point, Unlimited basics, which are far more limited in print run, are far less expensive than Unhinged basics. I'd personally sink my "fun money" into 2ED basics.

Zendikar was one of the best sets in the history of the game. The design teams had to know that they were turning a corner regarding the power and innate efficiencies of the game. I would surmise that this "power creep" warranted a return to inserts in sealed packs that moved product. It makes good business sense, and while I might sound pessimistic at times regarding the big money machine, I applaud the decision to build fundamental traditions into the game. Nostalgia is a powerful aphrodisiac.

Each version of a basic land in Zendikar had an alternate printing which was full art. The Zendikar full-art lands saw a drastic price increase in the last five years, which tanked when Battle for Zendikar and Hour of Devastation hit the shelves - great full-art lands in their own right. A great deal of the circulation got gobbled up over a short period of time, and MTG peddlers saw an opportunity for a profit which drove prices to nearly intolerable heights. I am all about preserving the collectibility of certain cards. In fact, I don't think the reserve list should ever be done away with. I am an elitist and base great deal of my Magic ego on being lucky to have been geeky enough to begin collecting when the game first came out. That said: I don't believe that full-art basics from sets with massive print runs should be difficult to find or obtain from a financial perspective.

The Holy Grail of Basic Lands

Guru Lands are more expensive than Revised Dual Lands. The Guru Program was a social movement created by Wizards to incentivize players to bring others into the game. The program was created by Wizards of the Coast to promote Magic: The Gathering. "Gurus" would teach Magic to new players, and receive points towards special promotional items. The program began on July 12, 1999 in conjunction with the release of Starter, the program stopped taking new Guru members in October 2000, and officially closed on February 21, 2001 to be replaced by the Magic: The Gathering Academy.

These basics are really, really hard to find, and represent Terese Nielsen's finest work. Players who actually acquired these lands and received them as a result of cashing in their points are Magic community heroes. Unfortunately, most of these lands were likely traded off, or sold off in collections well before anyone knew what they really were in terms of rarity. If you decide to rummage through old boxes and stumble upon one these treasures, you should probably tuck it in a hard case for the foreseeable future.

7th Edition is near and dear to my heart. I have sat down across many "collector level" opponents who turned their nose so far up in the air when seeing my white-bordered glory that they gave themselves whiplash. Frankly, I don't see what the "big deal" is regarding white bordered lands? If anything, it makes it easier to identify a good opening hand on the fly, or if you are trying to quickly search your deck for mana sources after casting Grow From the Ashes. 7th Edition, at its place in MTG history, finally closed the chapter of "cartoon" style art in Magic: The Gathering - an American animation style of lands that did not bury itself in authentic realism. These are some of my absolute favorites.

Maybe I'm showing my age here, and again, nostalgia is a powerful aphrodisiac, but Urza's Saga is not only one of my favorite sets, but had some incredibly beautiful basic lands. I find myself gravitating towards non-realistic styles and emissive color schema when surveilling my collection for the lands that really draw me in - the basics of which I would like to own 25 copies. Mountains are Red, Islands are Blue, Forests are Green, with Plains and Swamps too. Just take look at these basics - they represent the best of the history of Magic and the last phase of the "tap symbol" being present on basic lands. It boils down to the colored border around the text box - vibrant.

The best I think basic land art has ever been is when we recently visited the plane of Kaladesh. If any set really deserved full-art treatment of its basic lands, it was #KLD. I remember cracking packs with DBoe, as is customary for us on a Friday following set release and #FNM, and thinking to myself that Magic had really turned the corner on its basic land art. It was a perfect meld of what I loved most about the artwork and various styles we have experienced through this last quarter-century. It was detailed enough to create emersion in the frame, but also shined in the arena of fantasy. These particular basic land frames represent the mythological and magical spell-slinging environments our mages live in, and personally lead the pack for me regarding the best basic lands the game has to offer.

There is a great deal more to cover here, but it will need to wait for another entry into this topic. There are many other expensive basics: any foil full-art judge promo will fetch above $100:

There are many more limited run, truly collectible lands, like the Asia Pacific Land Program basics:

We just don't have enough time or bandwidth with this single article to fully discuss them all, but hopefully this brief conversation got you percolating, and you are interested in the deeper collectors ploy. There is no greater way to be braggadocios than to floss out your deck with unique and seldom used art shema. Even if you opponent doesn't realize it or care, you will know...you will know.

Stay tuned, for our next article on basic lands, we will be sure to give ample time for Wizards to come up with something else groundbreaking, collectible, and highly demanded by the player-base. I'm sure it's only a matter of time!

Until next time, play a Kaladesh basic land, and say GO!