Today, we have one of our first viewer submitted deck lists. A Blue/White control list, the most prominent archetype for "Land, Say Go."

Let's take a deep dive into the list, see what I think is great, what are neat ideas, and what I think I would change to improve upon it.

We have a culmination of 3 different control strategies in this list, which actually works out great here; a good mix of counter magic, tempo and board control.

We have an interesting mix of counterspells at our disposal for the main deck. Sune is running 4 Sinister Sabotage, which is a great choice. To me, it almost feels like Sinister Sabotage is a rare quality card fitted at uncommon. That surveil trigger does a great bit of work to provide consistency for the deck.

The meta right now is pretty creature heavy. So, running 3 Essence Scatter main is the right choice over more Negates, of which we have 1 in the list. Devious Cover-Up is a neat card as it allows us to put more control back into our deck after using them. It is expensive, but I think the effect is a good one. We also see a couple Syncopate and a Wizard's Retort. Decent spells that help us with that counter magic strategy.

Spell Swindle is one of those powerful counter spells that everyone seems to overlook because of its mana cost. Its basically a fixed Mana Drain that gives you the ability to retain the mana for later, and fixes your mana to any color. I think the 1 of in the deck is the right number for this list. It does help provide more mana late game to be able to have explosive control turns.

Overall, I think the counter magic is close, but there are definitely somethings I would tweak to tighten it up.

The tempo plan has a good mix of early and late game plays. The 3 Search for Azcanta is great early, filtering the spells you don't need to the yard to fix your draws. Late game is flips into a very powerful land that allows us to dig a little deeper for needed answers and card advantage. Bink of an eye is great early or late, getting us a needed bounce effect for the early threats, or to bounce a walker later in the game and drawing a card for an extra 2. Chemister's Insight is a great replacement for Glimmer of Genius, getting a repeatable instant speed draw 2 is just what control decks need. And lastly, Teferi, Hero of Dominaria is a strong inclusion in the deck as it draws us cards, tucks our opponents, threats, and has a back breaking ultimate to exile your opponent's permanents.

There is a good amount of board control in this list, we see a play-set of Seal Away for early aggro. The worst possible match-up for this card is obviously vigilant creatures or Knight of Malice. Luckily, our other tempo and board control measure can help with that.

We are also running 3 Cleansing Nova and 3 Settle the Wreckage. Just a perfect mix for proactive/reactive board control, especially if your opponent over commits to a board or is over confident in an attack. You can also be sneaky by cracking treasures from your Spell Swindle to get a surprise Settle. And then to wrap it up 2 Ixalan's Binding for those big bombs that your opponent controls, preventing them from further casting them.

Our sideboard is a mix of board control and counter spells to sure up against whatever list we are playing against. An extra Cleansing Nova, a couple River's Rebuke, an Ixalan's Binding and an additional Settle or 2 helps sure up the board control against creature/permanent based decks. 3 Negates for a swap out of the Essence Scatters main and a couple spell pierce for the control match ups and a few Disdainful Strokes to stop those 4+ converted mana cost bombs from hitting the battlefield with little investment yourself.

I think Sune's list is on the right track, but there are a couple of things that I would want to consider or change if I were to run the list. Please keep in mind my proceeding recommendations are being made without knowledge of his current win percentage with the deck or his particular meta, but what I see should be changed to tighten the list.

Potential Issues and What I'd Change.

Firstly, I'd actually change the mana situation. Personally, I don't think there are enough lands for the mana curve of the list. We are currently sitting at about an average mana cost of 3.5-3.8 per spell. With mana costs that high we want to at least be running 24 lands. Control decks do not want to miss their land drops so we want to run a higher amount of them that we can filter away for other action spells with Search for Azcanta, our jump-start cards, or by surveiling them away. There are currently a TON of colorless lands in this list (a total of 6/21 lands) and we are running a lot of double mana colored cards. With that in mind, I would cut a couple of Reliquary Towers (in fact, I'd likely would cut all of them and favor an additional Arch of Orazca or Field of Ruin.) I would also get rid of the Gateway Plazas. Since we aren't trying to get to any other color of mana they aren't necessary. They are also even slower than Meandering River, which is still legal in the format. I would just make that swap for Meandering River, and run a full playset of them.

For the counter magic, I would actually bump down Devious Cover-Up to one, maybe two if you really want them in the deck. I would also remove Wizard's Retort all together and bump up your Syncopates or run 3 Mission Briefing. We all know how powerful that snapcaster effect can be; Mission Briefing is great to reuse your counter spells in your graveyard but also your board wipes. It also gives you added flexibility to find those cards from the top of your library and mill them to cast them. I think Mission Briefing has a real place here and fits everything you are wanting to do with the deck.

As for the Board Control, there may just be a little too much. I would probably cut the more expensive ones down to a 2-2 split, and maybe drop the Seal Aways down to 2 or 3. We aren't wanting to rely on those as our removal, we want our counters to handle the heavy lifting, and to have our removal just catch the things we couldn't counter.

There is also one issue with this deck as it currently exists, and it may or may not matter. The only win condition is waiting for your opponent to mill out after a Teferi ultimate, since Teferi can tuck himself so you will never mill yourself. However, in my opinion, this is a fragile win condition that can be easily disrupted. I always feel more comfortable running more than one way to win the game; I think we'd need something else to finish the opponent while Teferi controls the board. That's one of the reasons people with similar lists run Karn, not only for the additional card draw, but also for the finishing ability he provides once you control the game.

So let's talk additional win conditions. What could we run? Well, here are a few suggestions. 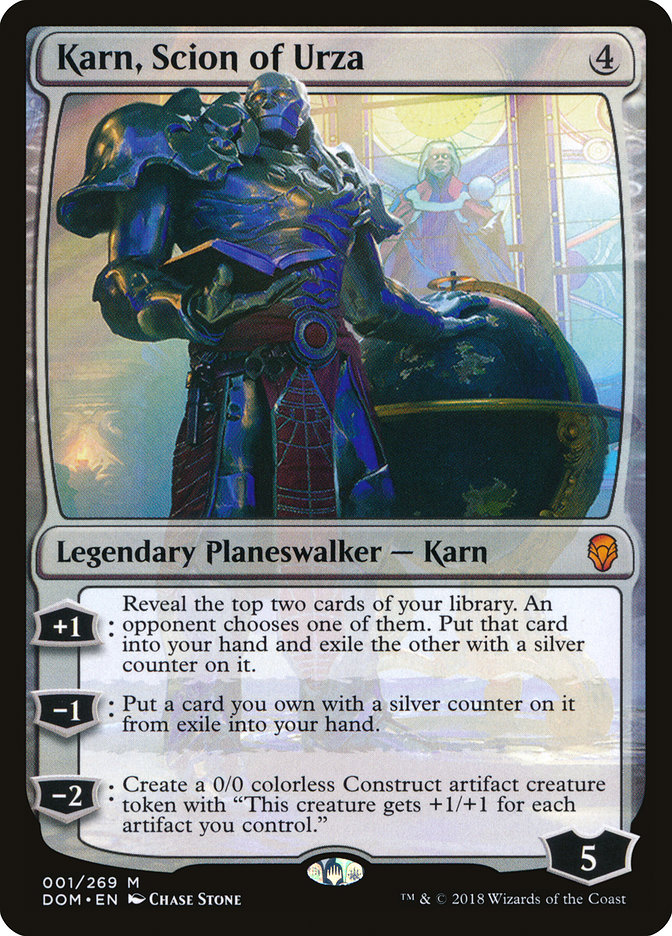 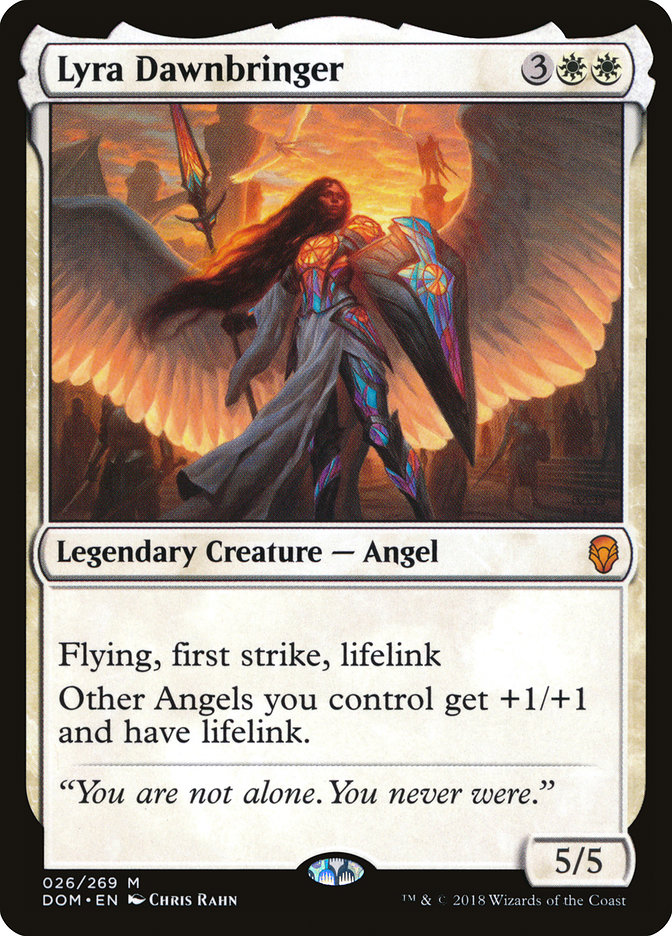 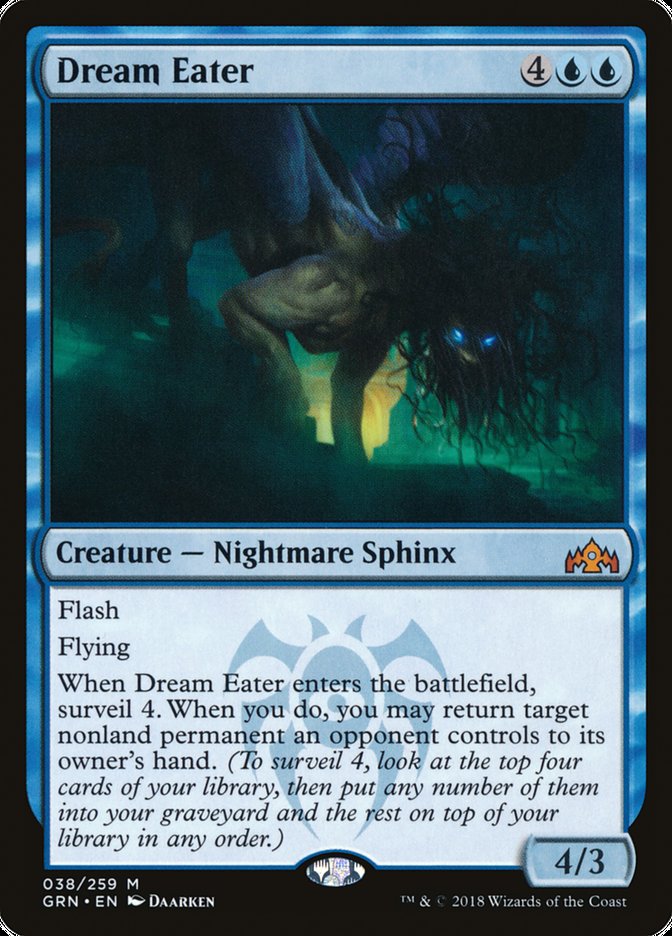 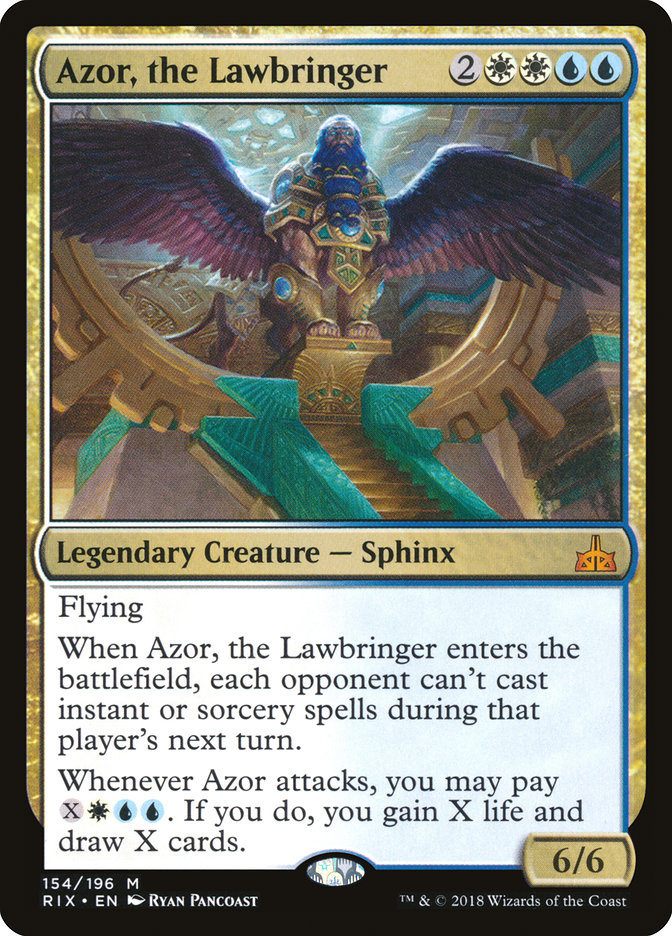 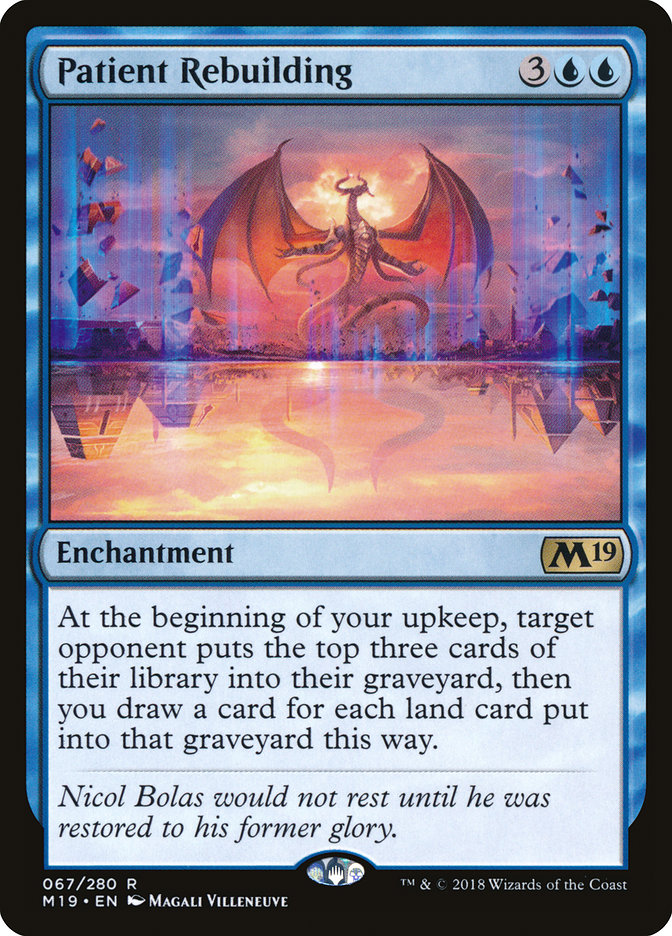 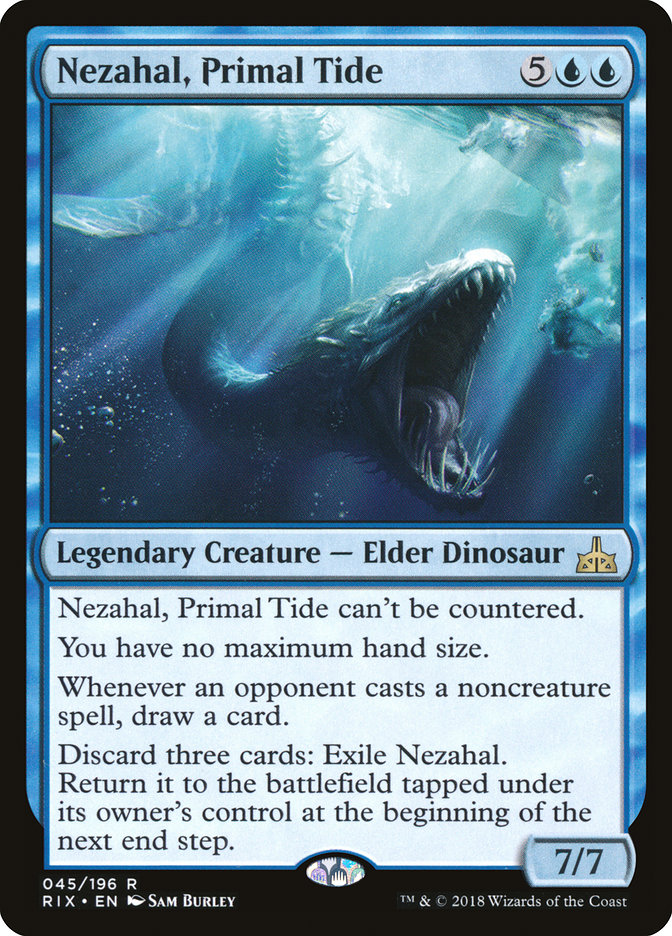 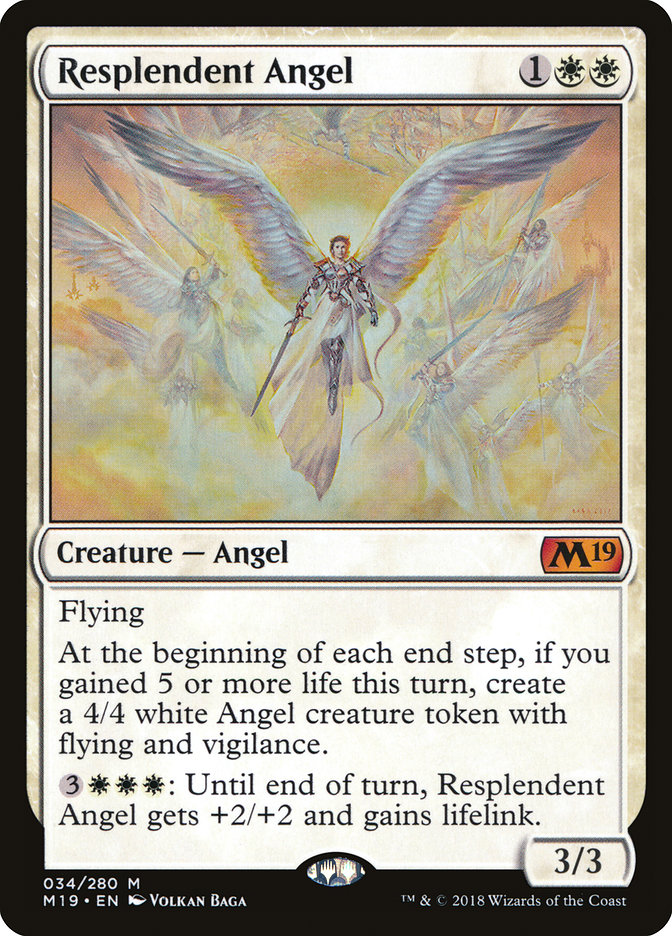 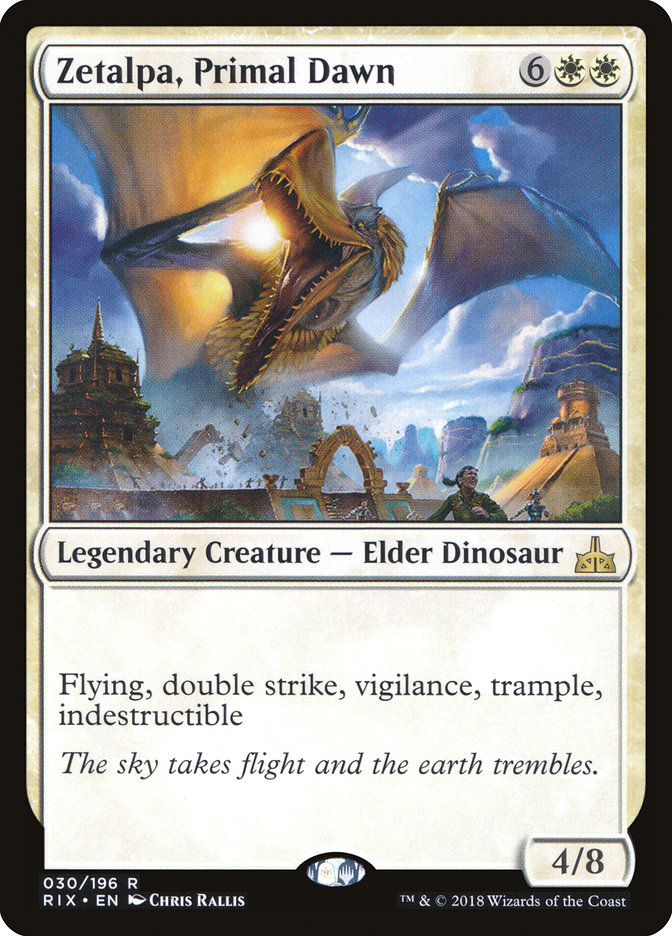 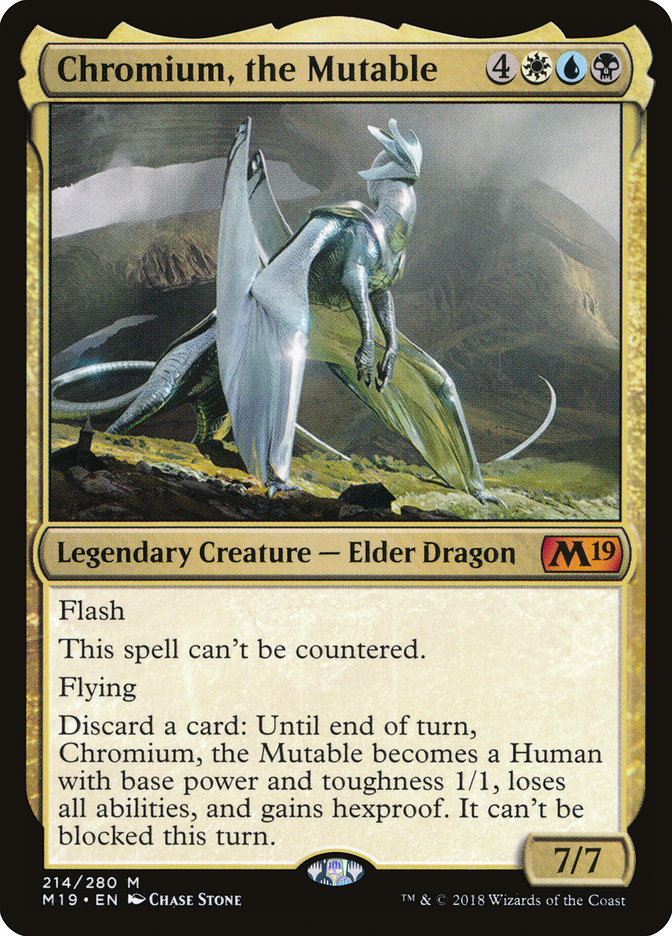 The easiest fits are Karn, Scion of Urza and Lyra Dawnbringer. They are both just extremely powerful, and provide late game inevitability. Another decent option can be Azor, the Lawbringer. It does stop your opponents from playing a board wipe their following turn, then after that you get to hold up your counter magic and draw as many cards as you can. I also really like the idea for Dream Eater. It is instant speed, allows you to bounce their best thing and hold up counter magic to catch it on the way back down and allows you to fix your next few draws. And with an evasive 4 power in the air, it can end the game in a few good swings. Another interesting idea could be Patient Rebuilding. I've had the opportunity to play this card and as unassuming as it is, it is POWERFUL. Getting more than 1 down feels like cheating; it also feels like a way to slowly choke your opponents to death (just be weary of the Surveil matchups with Creeping Chill and Narcomeba); I mean, who doesn't like a good mill win? If you like the angel route, another one could be Resplendent Angel, it does provide a good mana sync late game and allows your to flood the board with 4/4s.

Lastly, we have the Elder Dinosaurs: Zetalpa, Primal Hunger and Nezahal, Primal Tide. Zetalpa isn't the greatest win condition out there. It is powerful, it does fly, and its hard to kill, but it is EXPENSIVE to cast. 7 CMC is asking a lot, and you still need to have counter backup for it. Nezahal is gravy against control match ups, and might be a better mirror breaker in the sideboard, drawing us all the cards fighting through your opponents control/counter magic. The 7 CMC here is also tough, but the fact he can't be countered helps mitigate the risk. But, as you know, up against tokens lists, we see the worst part about it... they can just chump block for days.

The last suggestion I have would actually require lands like Gateway Plaza... Chromium, the Mutable gives us great flexibility. With the uncounterable instant speed cast, we get the best of the best when it comes to creature abilities. Not only is he a 7/7, but we also have the ability to protect him like Nezahal, flash support like Dream Eater, and evasion like Lyra. Who knows, maybe this is the perfect finisher for the deck? (Probably not, I still do not like Gateway Plaza but it is a great thought experiment).

Let's take a look at a potential change to the list. 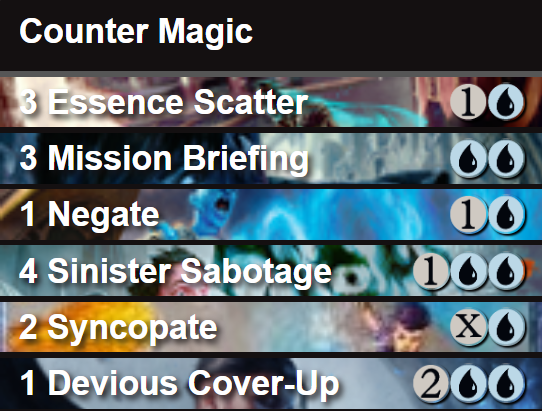 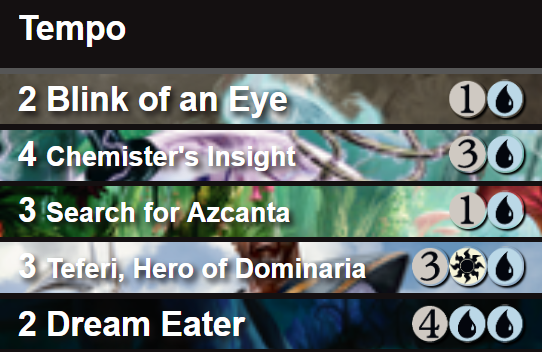 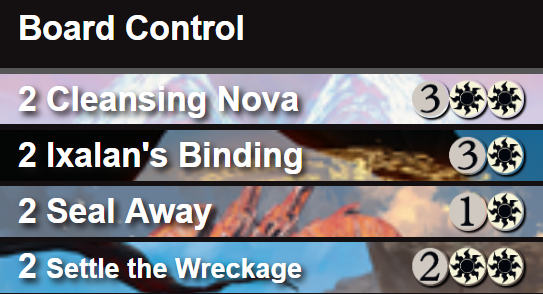 Personally, I feel a little more comfortable with a list like this. It has a few more lands in it, with fewer colorless lands. Has a good bit of counter, tempo and control with a way to recur effects. It also has a win condition beyond Teferi's ultimate.

The sideboard we have tightens up our list against specific match ups and helps us have a game plan against a variety of lists.

In conclusion, I think Sune's list was really close. My changes to it where pretty minor, but I think they help with the overall goal. Who knows what his meta looks like too, there could be a variety of options that could fit in the sideboard against more fringe lists. Some key cards to consider: Amulet of Safekeeping against tokens and targeted control, Crafty Cutpurse against tokens lists, Sorcerous Spyglass against planeswalkers, Patient Rebuilding against Golgari self mill decks, etc. All in all, I like the direction this is going, and I think it has some good staying power. It surely will only get better once the next set releases, giving us all the glorious Azorious control we could ever want.

If you would like us to review your brews, head over to our deck techs page or at the bottom of every Land Say Go page for an opportunity to send in your list as well.