Hey, Howdy, Hello. The next in this long line of brews being brought to you by Land Say Go is a doozy. If you are like me then you are probably thinking to yourself: How the heck do I play Jodah, Archmage Eternal in Standard? If you are not like me, then be happy you aren't.

I've seen some really interesting lists built around Jodah. Most of them are EDH decks, aimed at powering out all manner of atrocity in short order. The beauty of "manabase complexity" in EDH makes for seriously bonkers plays early, that can easily take over single or multiplayer games in Commander. There was a Standard list bouncing around on www.mtggoldfish.com that was creating some stir. It essentially ran a Jeskai Control package, Karn, and Thaumatic Compass to add supplemental layers of draw card potential and more defense in the form of a flipped Compass into Spires of Orazca (Maze of Ith).

As we wait for the January set, Ravnica Allegiance, we are charged with disrupting what appears to already be a Green/Black Vraska dominated meta. The October 14th MTGO PTQ decks are Vraska dominated. October 15th's Standard Competitive League is dripping with Vraska helmed decks. But, we are charged, still, with disrupting this meta. If you've been testing, like I have, then you know that we should be focusing on a number of factors to really be successful: tamping down early aggro, drawing more cards than our opponents, and casting huge capable assets that can easily take over a game.

The list to the left may seem like "Magic Christmas Land." But the manabase is extremely well built, kid-tested, and mother approved. At a full set of Chromatic Lanterns it doesn't really matter what lands we draw, and Blood Sun acts as a freebie that cantrips into another card, and removes all drawback turning our duals into $400-$700 power cards. The deck can easily play Chromatic Lantern on turn 3, Jodah on turn 4, and then Zacama on turn 5. In fact, it does just that frequently. At times the deck is deliberate, and we are susceptible to removal targeting Jodah. Fortunately, we have enough board control to get a chance to play our game winning cards.

Yes, yes, I know...He's a 4/3 body. I get it, he dies to combat with a Merfolk Explorer that can successfully explore. He dies to Lightning Strike. He overkills himself to a Justice Strike. But I really don't care, and neither should you if you are looking to play a deck that is fun, disrupts the meta, and reliably wins games. With such a diverse mana base, and access to the lantern, and his ability of paying #WUBRG to cast any spell effectively makes the top of our curve CMC5 (converted mana cost 5). We make him "Eternal" by running him at 4x in this deck; we have a decent amount of filter and card draw in this deck to also help us with finding additional copies when your opponent is able to shut down your curve. 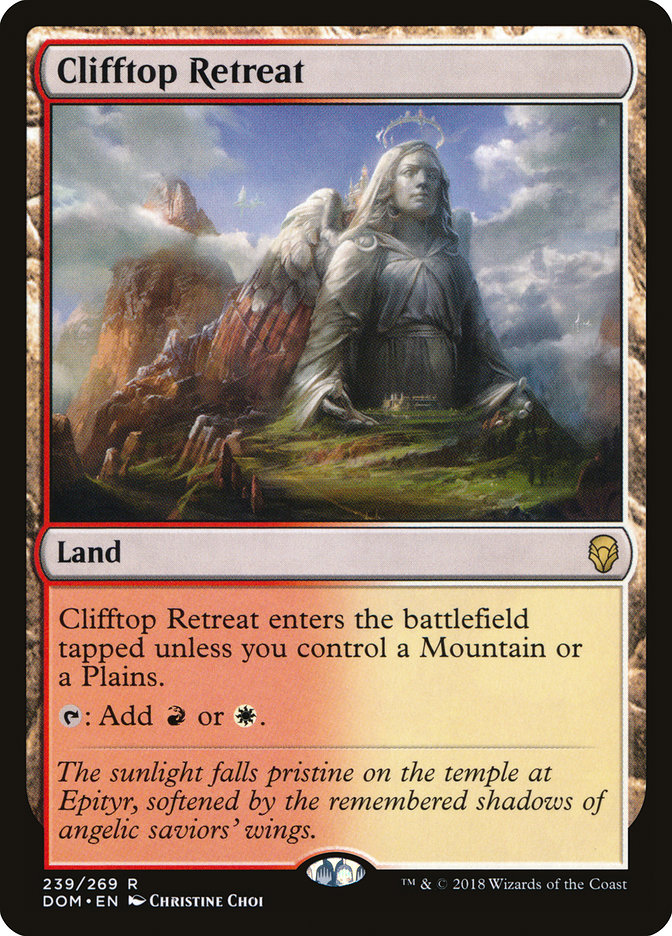 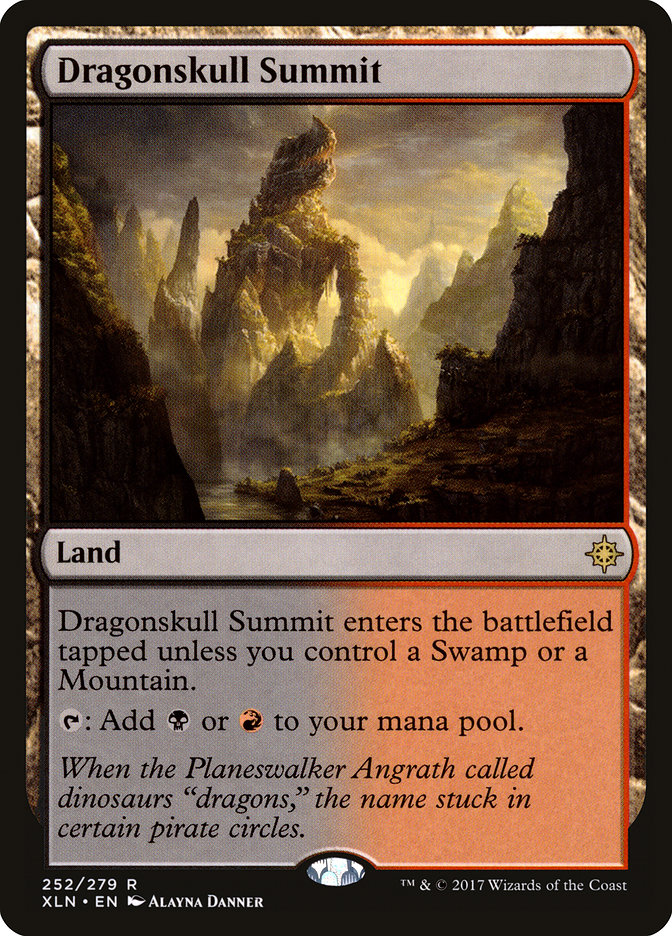 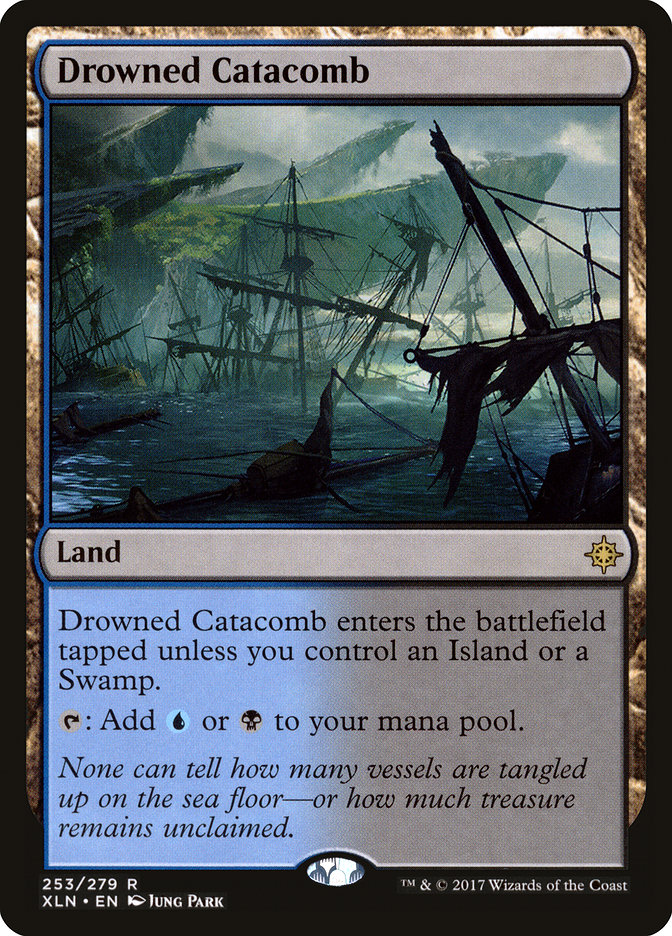 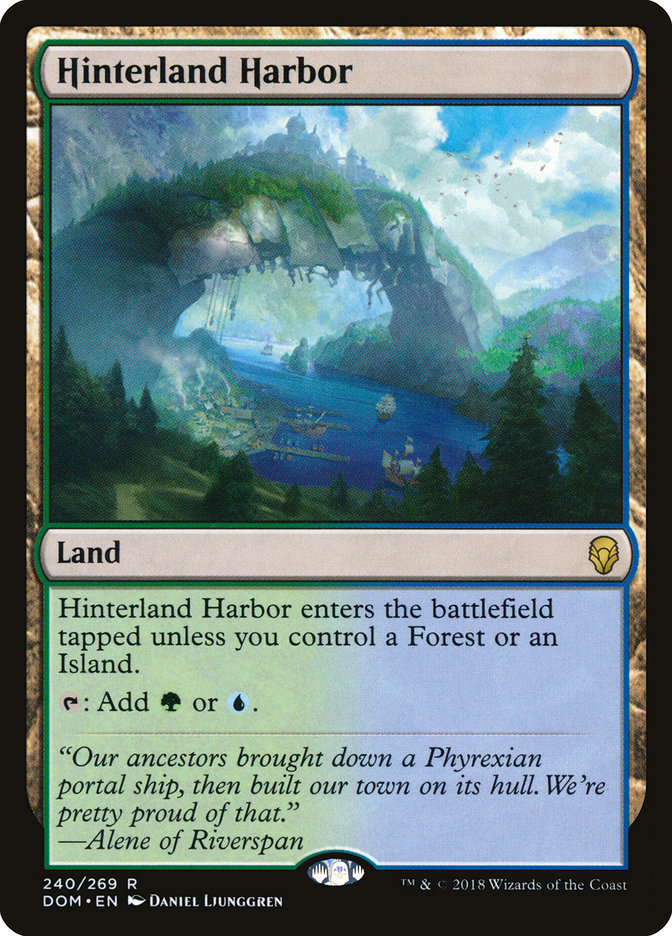 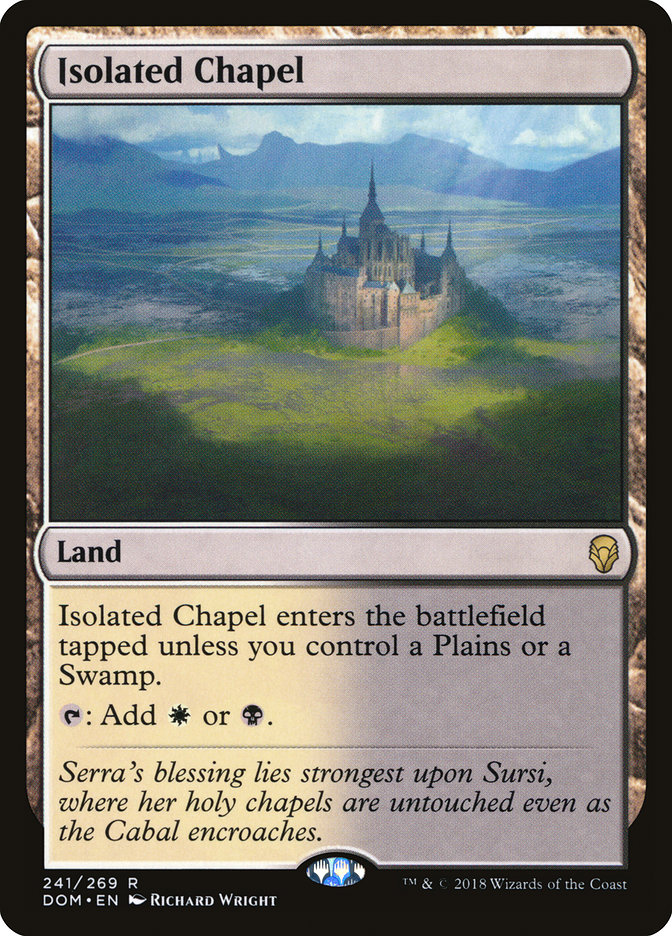 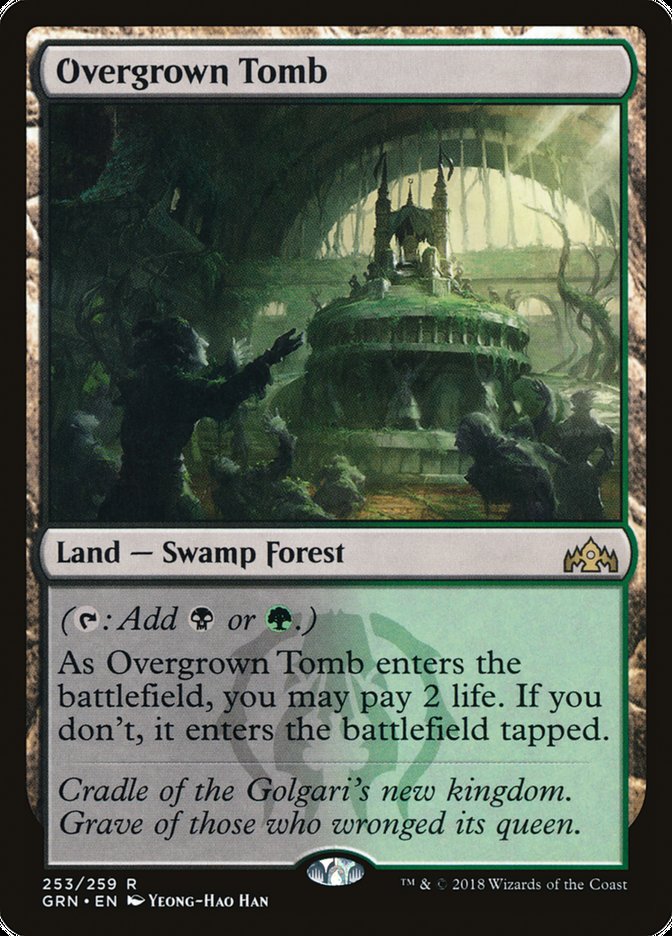 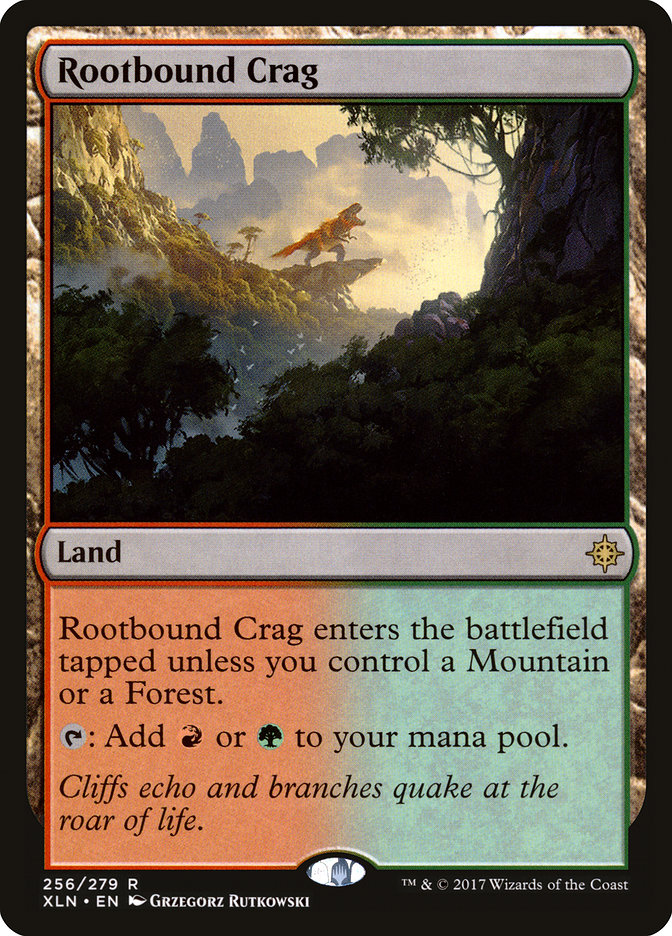 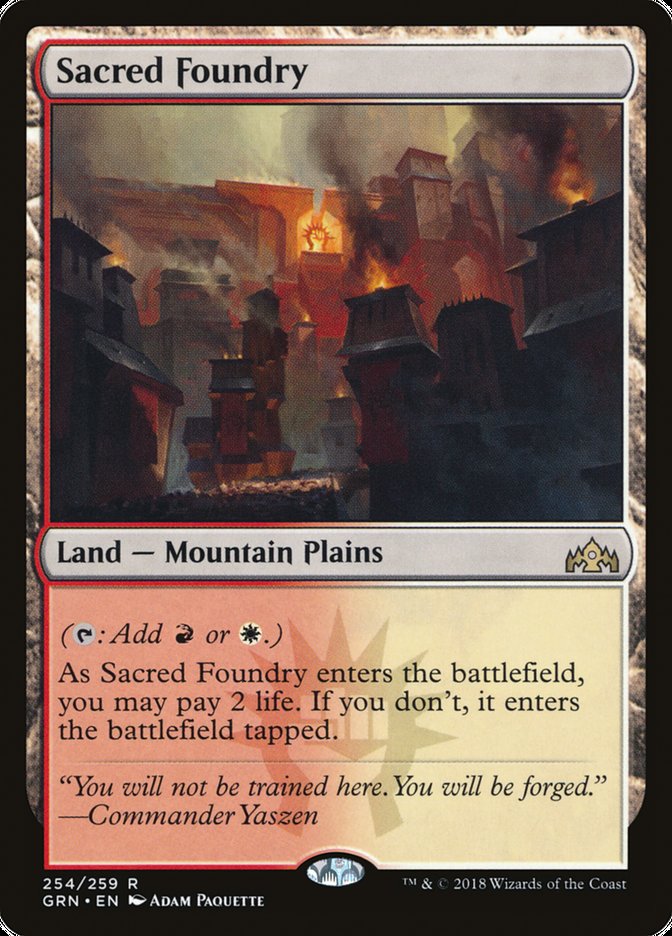 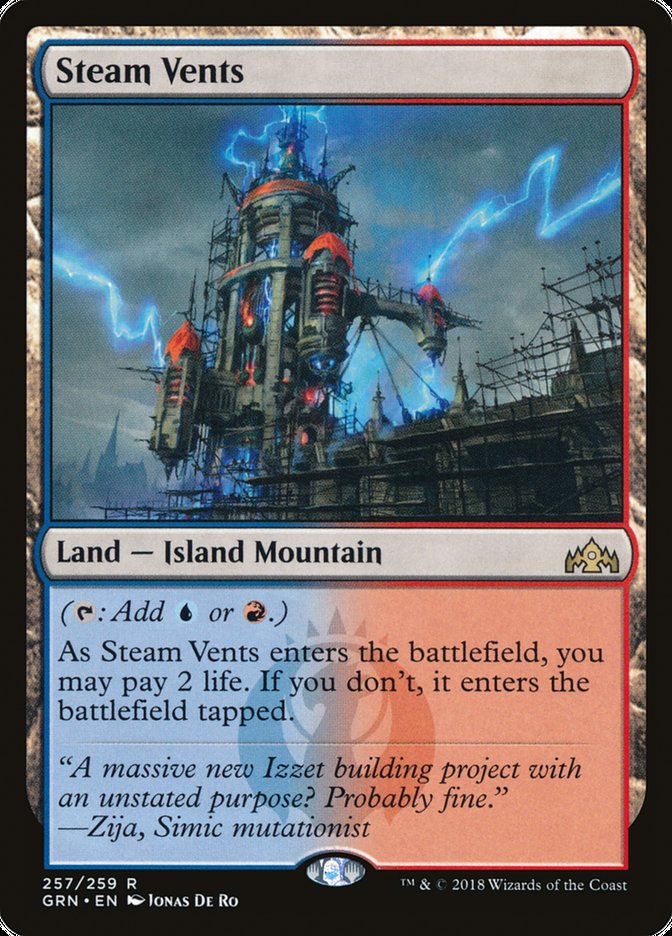 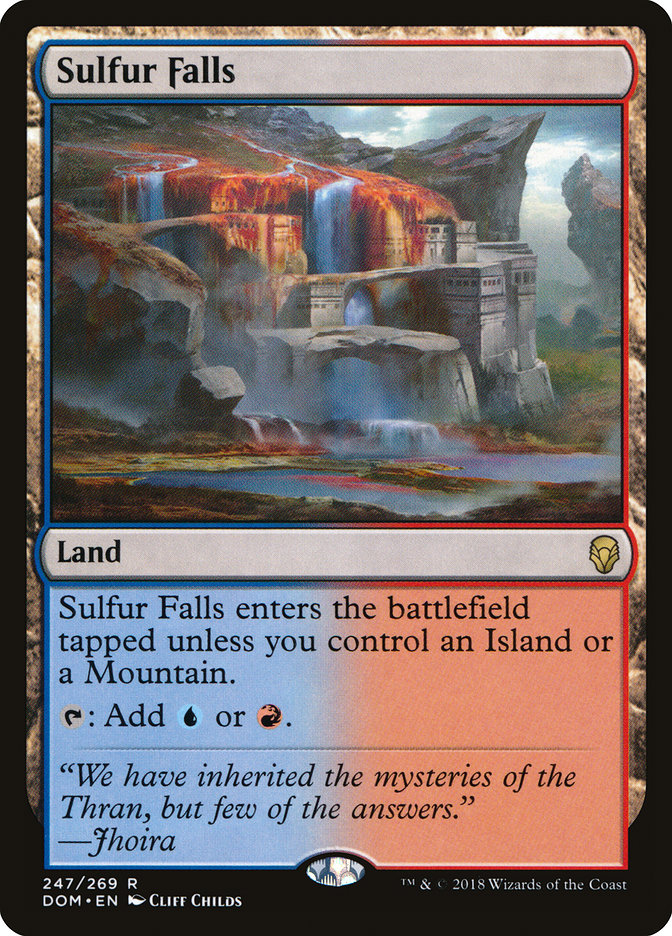 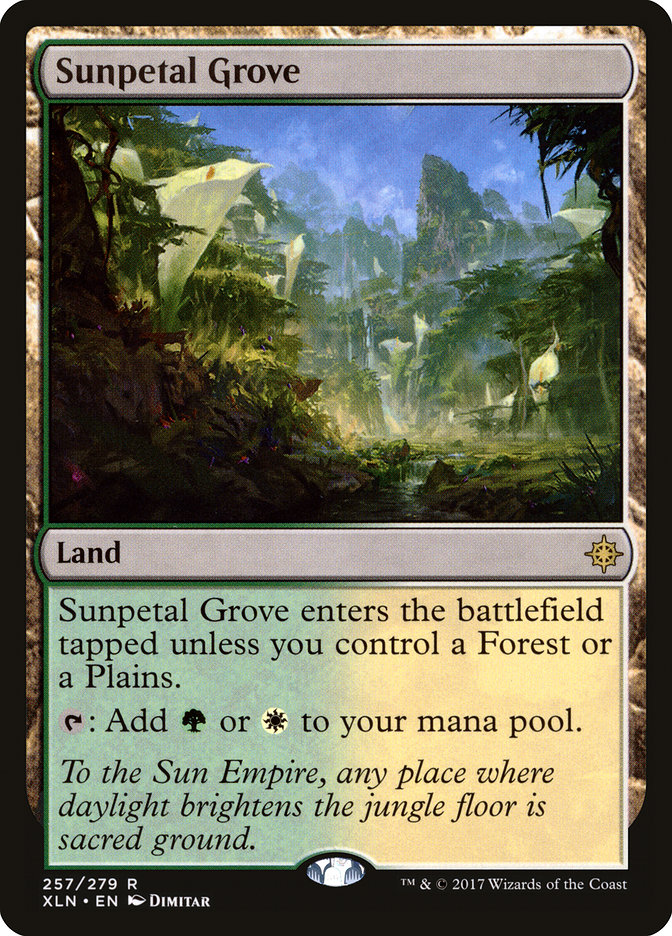 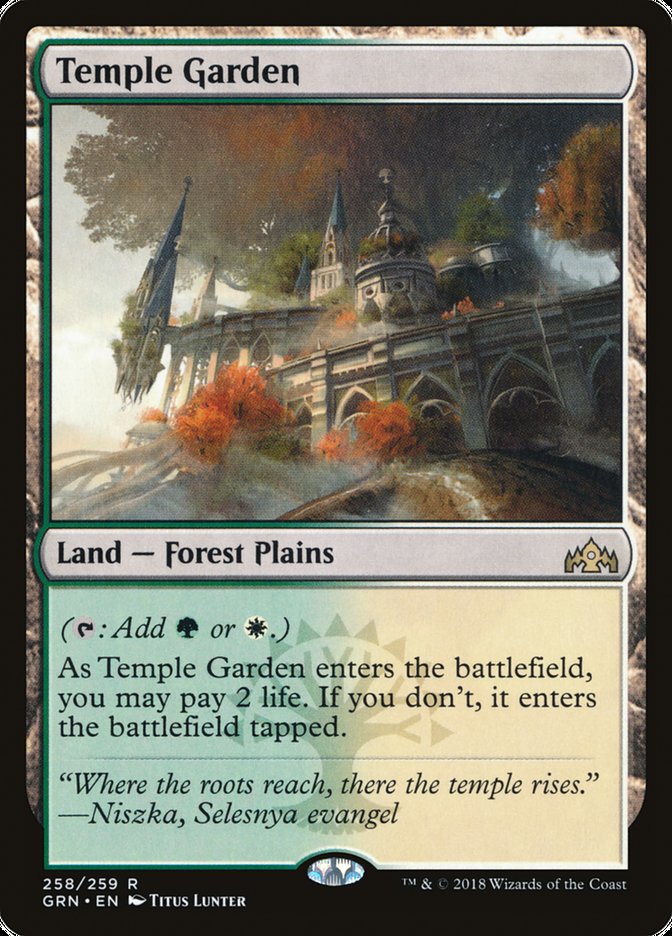 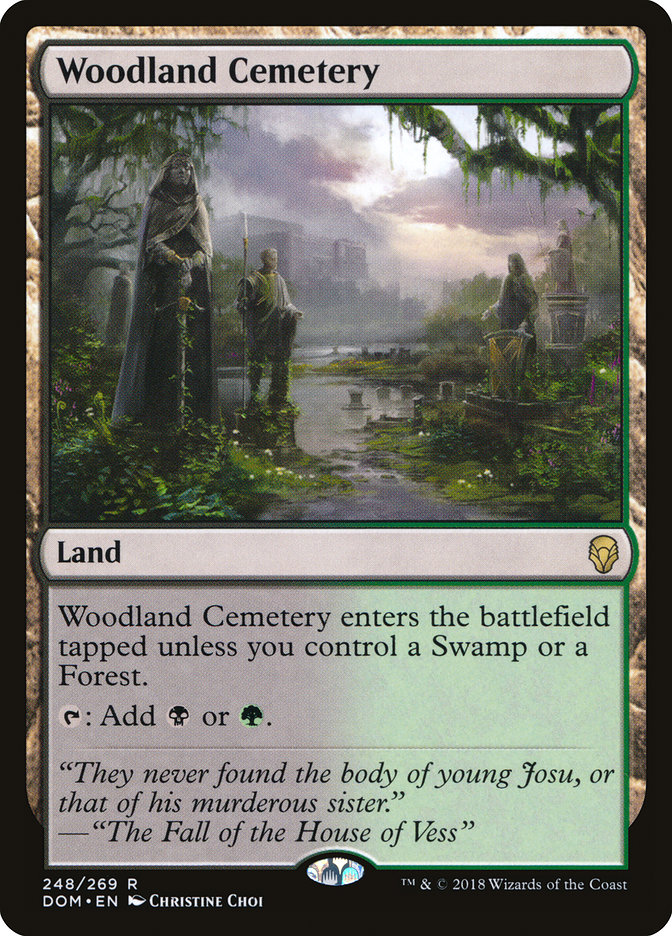 I have taken the time to ensure that the mana base for this deck "buddies out" well. We have enough Shock Lands to ensure that we are dropping in untapped Buddy Lands around 70% of the time. I have elected not to use any basic lands in this deck. Which, given more testing, will likely change in a Standard format with access to Field of Ruin. But hear me out...

We are running a full playset of Blood Sun.

"Geez, Jeremy, you just keep piling on the jank with this one, huh?" Absolutely. I haven't even covered half of the jank. Blood Sun strips our lands of barring effects, Shock Lands, and Buddy Lands alike, become untapped Dual Lands, and no longer damage you when entering untapped or check for a condition on entering the battlefield. Your opponents Field of Ruin becomes a Waste. Your opponents Legion's Landing only taps for white mana. Your opponents Spires of Orazca can no longer remove your Zetalpa or Zacama from combat. Temple of Aclazotz (Arguel's Blood Fast) no longer allows your opponent to sacrifice creatures and gain life equal to their toughness.

Karn, Scion of Urza is a $30 Magic Card. He acts as the primary draw mechanic for our deck, he can clutter up the battlefield in providing us with Construct tokens that benefit in power and toughness from a Chromatic Lantern being in play, and his tokens even get a little boost from a creature I am extremely fond of in this deck - Awakened Amalgam. The Amalgam makes what appears to be a totally chaotic and disjointed mana base relevant again. The Amalgam is a removal magnet. It acts a perfect distraction for our opponents, it can hold its own in combat, or pound on the the opponent's board state for a while until your opponent burns a spell for removal, or we find an equitable trade to set up a board wipe followed by CALAMITY.

The lantern turns our deck on. Finding one and getting it into play is a priority for our strategy, especially if we are trying to curve out into Zacama or Zetalpa on Turn 5. The marvelous nature of a turn 5 Zacama is that we get to untap all 5 lands we have in play when casting with Jodah, and immediately use Zacama's abilities to wreck havoc on our opponents board state. It is generally game ending - only hardcore removal packages can deal with this type of attack power and toolbox. Even then, we likely have another copy of Zacama in our hand or a few cards from the top of our library.

But, sometimes things don't go according to plan. Sometimes, the "Magic Gods" don't see your future successes the way you do. Sometimes we have to earn our keep. Sometimes, we have to control the board long enough to get to a midrange strategy in place that allows us to take over a game. So we've included 3 full board wipes, and 4 mainboard answers to early aggro decks. Token strategies really don't stand a chance with this deck, and if you are worried about control matchups - don't - we have answers we will be covering in the sideboard.

When a deck is as janky as this one, you will need additional support. We are running 24 lands - 15 of them with different names - 12 of the 24 lands produce green mana by default. Elvish Rejuvenator is a great way for us to ramp. This creature allows us to look at the top five cards of our library and put a "land" (not just a basic) onto the battlefield tapped. Talk about efficient? What could be better than fixing our mana, and opening the door to possibilities pertaining to our curve? He also acts a chump blocker, in fact, that's what he does best after the ETB trigger.

We can sometimes find ourselves a little empty-handed after our initial ramp. Sometimes we need to really dig deep in order to find the heavy-hitter, a new Karn, or another copy of Jodah. Overflowing Insight represents real power, and on a jank scale of 1 to 10 - it's an 11. Think of it as a full reset - more ammo for the big guns - a loss for your opponents. Just be cognoscente of your opponents available mana, and aware of your timing with this spell; a counterspell can prove to be demoralizing when you need the full hand of cards to play.

Take Them By Surprise!

An accurate and efficient sideboard has answers. We have answers to specific meta based decks in our extra fifteen:

Deathgorge Scavenger is a superb answer to the graveyard shenanigans plaguing Standard in this first month. Green/Black wants to dump cards into the graveyard on the hopes of capitalizing on Undergrowth and Golgari Findbroker. Seriously, it's everywhere right now. Stitchers Supplier turn 1 is pretty common. So, what's our answer? A 3-drop dinosaur with a hankerin' for garbage heaps. It removes creature and non-creature targets from our opponents graveyards with upside. The Sorcerous Spyglass seems like an auto-include in the face of Ral, Karn, Vraska, and Teferi - it should be played liberally against decks anchored in planeswalker strategies. Angrath gives us midgame answers to lock out token strategies - he is a huge bullseye for your opponent and provides a worthwhile deterrent from your life total.

Nothing screams "5-Color Jank!" like big nasty multi-colored Mythics. Nicol Bolas, Chromium, and Azor all have the ability to completely take over a game. We run a single copy of each in the sideboard. For those of you who desire more options in terms of interaction, these Legends can provide that, but they also represent a substantial clock on your opponents life total and require a response.

Jankitty-Jank-Jank-Jodah. So, your opponent is on to you, they feel like they have control over the matchup - they refuse to allow you to resolve Jodah or utilize his Eternal Archmage-iness? No worries. We will simply dump a number of cards for some answers ourselves. We've lost Walking Ballista in Standard (tiny sarcastic violin), but we still have options for that style of interaction with creatures, planeswalkers, and life totals. Chamber Sentry is amazing in this deck - not as efficient as the ballista - but recursive in nature. I have not fully explored this card, but a full switch to four copies mainboard and dropping Amalgam into the sideboard at two copies may be completely justified. Carnage Tyrant is in the sideboard because, well, Carnage Tyrant is in the sideboard.

Here are a couple hilarious cards you may consider putting in your own version. They each have flavor, and might be the saver for your build or brand of the Jo-Daddy! Standard deck list:

Can Jo-Daddy! win you games? You tell me...sign up to the site and comment below. Until next time, my friends, may your 5-Color spellslinging bring you glory and joy! With this deck especially - Land Say Go.