To Troll Or Not To Troll - Standard

That Is The Question...

We are rolling steadily into a new set of Magic Cards - Ravnica Allegiance comes to us brimming with power, and new mechanics, and boy am I excited! While I would argue that the fundamentals of the game have not changed in all that concrete of a way given the spoilers, there are certainly many new combos and strategies being presented to us that make for some exciting times ahead.

My time may be better spent, and my deck building prowess better acknowledged, if I was to post our first Future Deck Tech article in a serious manner. I'm not going to though. I'm going to post the first deck list I developed and began testing. Make no mistake - the goal is to Troll.

...and so Troll we will. Perhaps not as effectively as if we were to spin this deck into a Sultai (Blue-Green-Black) deck using some Dimir cards like Thief of Sanity and Hostage Taker, but this deck is still highly troll-ffective. It is good against everything, because it doesn't have any other agenda than to Troll our opponent. It is important that we focus on the goal.

How To Lose Friends and Alienate People

Ever since the days of Control Magic have blue mages had the ability to use their enemies resources against them. It has been a continuous trend for blue (one that red dabbles in) - "what's yours is mine." Unfortunately, the mana resources required to permanently steal creatures and permanents has gradually increased over the last 25 years. So we have had to build a considerable amount of ramp and draw card capability into this list of 60 cards.

Here are the big hitters. Entrancing Melody is good early game and mid game. We will likely spend our early turns casting ramp spells and setting ourselves up to be able to steal whatever our opponents play but, this card can be especially effective when coupled with some new cards from Ravnica Allegiance that we will showcase in a just a moment.

In Bolas's Clutches was a great Dominaria limited bomb, but never really caught mainstream traction in the Standard meta - too expensive to cast. Players elect to generally play popular lists, and devote tangible financial resources in paper to decks that can hold ground for several months. We use IBC here to take control of a permanent. I have stolen many a planeswalker with this card - some on the verge of an ultimate. Mass Manipulation is a doozy; a new card from Ravnica Allegiance. Once sufficient resources are available, we can devastate an opponents board my moving everything to our side. These spells are the core of the troll plan - Thrun would be very proud of us.

Decks like this are fragile. We are not in a position while playing this list to be reckless, and the nature of some of what we are doing can run up against other decks that simply have our number. However, if you can put aside the hyper-competitive edge you have for long enough to let yourself embody "the troll," you will have a good time, indeed.

We need some defensive measures, and ways to slow down the board to ensure we are "getting there." I love Deep Freeze, this has that old "I bite my thumb at thee, sir" feel to it. We can take any creature target (except those with hexproof) on our opponents board and turn it into a non-threat to our life total. We can also strip ability-heavy creatures of their powers and eliminate combos - trolololololol. 4 copies of DF for maximum lulz.

Quench is not Mana Leak, but it has been awhile (M12) since we saw a counterspell this tempo-capable in Standard. We are timing these counters to satisfy our need to test our opponents patience and game plan. A well-timed Quench can shut down an entire game. We just need to know the curve and position ourselves to win - 3 copies is enough. Time of Ice is a 4-drop, and in some ways can argue with our ramp plans, but I rarely find myself dropping it on turn 4, in fact, most of the time, when things are going smoothly, we are dropping it on turn 3 and time-walking our opponent for two turns. This card deserves more credit than it gets, and when you open your chakra to the glorious splendor of trolling, finding our lines and patterns becomes quite simple. To troll is natural for each and every one of us. I run 4 copies...you decide.

Again, I feel like we are in really exciting times as we approach the 25th of January, 2019. There have been some spoilers that are - well - totally bonkers. At least one of them I'd like to talk about specifically, so let's look at our ramp package first. A "return" to Ravnica is upon us, and with it a return to the presence of the Guilds, and plenty of their Gates. Circuitous Route finds us both basic lands and gates. We are fine with spending our turn three or four to find additional resources - we cannot troll if we are not on a roll.

Grow From the Ashes is great at 3 cmc and 5 cmc; one land is fine when we are ramping, two lands is better. Cast this spell at any point you have it in your hand for the maximum mana cost you can afford - do not wait to kick this card for two lands tutored. We are running 4 copies of each of our green ramp spells for a reason. We need to thin our deck reliably to get to power pieces and much needed fuel for the roflcopter. #RNA has also graced us with an awesomely powerful draw spell in Precognitive Perception. A scry 3, draw 3 is exactly what we need to find our most important cards during our main phase; heck a simple draw 3 without getting the Addendum bonus at our opponents endstep is nothing to meme at either. Great card - represents palpable power creep in Magic: The Gathering.

There are many great Mythics and Rares being spoiled as we lead up to #RNA pre-release. It is awkward then that the card that I am most impressed by is a common. Growth Spiral. Wow, this card is something else. An instant speed draw spell, and ramp spell, for two mana? Talk about a game changer. I don't know that the full power of this card has been realized yet. It states "a land" not "a basic land." There are all manners of moments of brilliance associated with this kind of cantrip... Counterspells. Draw card tricks. Combat tricks. Landfall abilities. Strip Mine! Urborg! Karakas! Bojuka Bog! Yavimaya Hollow! Maze of Ith! Maze's End! In our deck, we are just using it for its direct purposes and ramping. This card just screams "future troll extraordinaire."

Nexus of Fate was a buy-a-box promo card for Core Set 2019. It is expensive to procure, a collectors item, and likely will not see any meaningful decrease in stature on both of those fronts until something better is printed. We include it in our trolling mechanics because taking extra turns may be the ultimate in memes. When we are able to hold up mana for our mind games and are needing to take two turns to brace and cry havoc on our opponent, there is no better way to do so in Standard than Nexus of Fate. Imagine: cast Nexus on their endstep, untap, cast Mass Manipulation on your opponents creatures and planeswalkers, take our next turn, move to combat, pass the second turn to a downtrodden and demoralized opponent. Oh my, the lols.

"Don't believe everything you read on the Internet." -Abraham Lincoln

I have built in a sideboard that takes our deck in the direction of leveraging our mana production. I always try and mention a disclaimer at this point regarding my choices for sideboard cards. Your local game shop meta may vary, and you may decide to take only elements of this deck and sideboard and modify them to suit your needs.

Hydroid Krasis is a Simic Ramper's best friend. New from #RNA, we have a truly formidable creature in this jellyfish hydra beast. A potentially big, nasty, flying trampler coupled with a cast trigger gaining us extra life and card advantage. Wahoo! I sideboard in the Krasis at the same timethat I do Multani. Multani turns our ramp deck into something else entirely. Multani, if left unchecked, is an extremely lethal walking tree. Wilderness Reclamation generally comes in when I am boarding into additional counterspells. Occasionally we need resilience during our opponents turn, and this card can help us more reliably fire Nexus of Fate during the endstep. 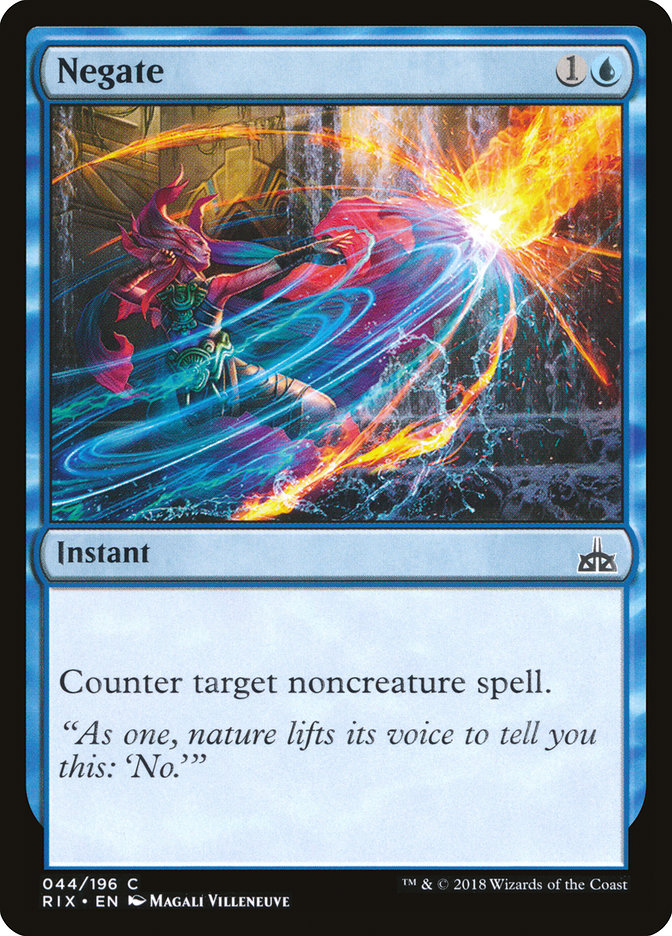 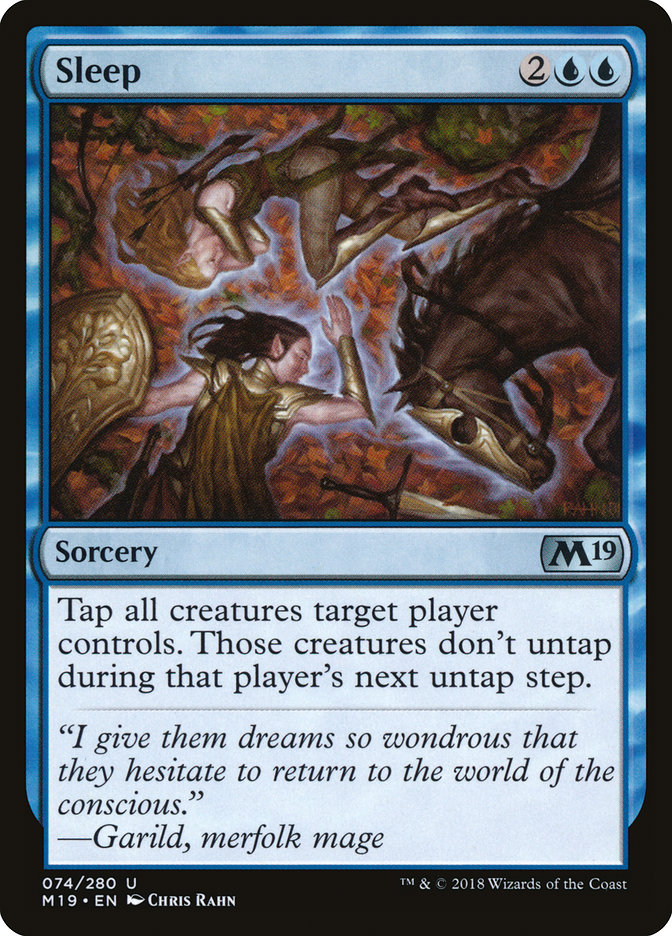 Negate is a multi-variable answer for us. Non-creature spells are abound in Magic, and you can make a holistic determination on how to solve any problems you may be having with non-creature spells by adding 1-4 copies from your sideboard. Sleep is a protective measure that saves us from combat damage, and time-walks our opponent when we need the time to stabilize. I use it liberally.

"Trolls are slow on the uptake and mighty suspicious of anything new to them."-J.R.R.Tolkein

I hope you have as much fun in the coming weeks as we have been brewing your new Standard decks.

If you would like a custom brew showcased on our weekly deck list reviews, please submit your deck using the submit fields at the bottom of the page.

Until next time, this is Jeremy reminding you to Play a Land, Play Growth Spiral, Play another Land, and Say Go.